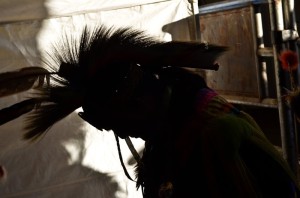 One month from today, I will be covering the first large powwow of the season in Denver, Colorado. The Denver March Powwow is Colorado’s largest gathering of nations, drawing members from all three Ute tribes.
The Southern Ute Drum has faithfully covered this event for years and will certainly showcase the celebration once again! Stay tuned…

Don’t miss our final edition of 2011 with a full color spread highlighting the Year in Review with photography highlights! View The Southern Ute Drum online HERE.
Here’s to new images in 2012! Cheers, Jeremy 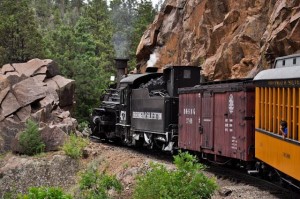 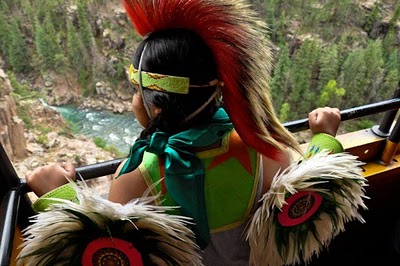 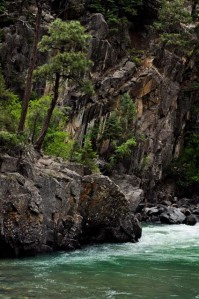 The above images are selected from Southern Ute Drum coverage of the Second Annual Heritage Train, now available to view online. Leading off the front page, this story captures both the majesty of the natural environment and the historical railcars, while also bringing the reader in closer for an intimate look at the cultural side of this unique and beautiful event through words and imagery. 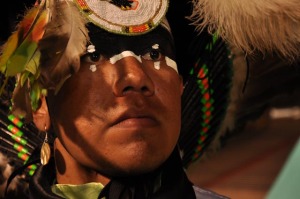 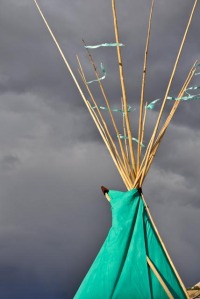 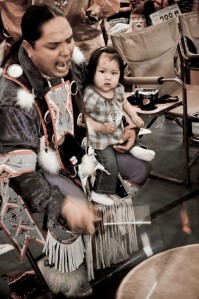 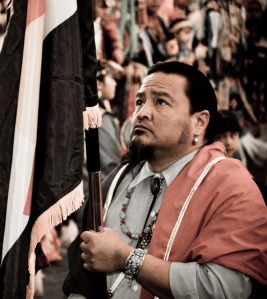 Dark thunderclouds moved in from the northwest as dancers from Denver began to don their regalia in preparation for dance. A strong breeze ruffled the feathers of the elaborate headdresses, which had been moved under the porch awning and out of the weather. The leader and teacher of this dance group watched the sky, his name is Carlos Castaneda. Carlos is the head dancer for the Aztec Mexica Dancers, pronounced me-she-ka. These dancers have made the journey from Denver to Chimney Rock Archaeological Area for the last twelve years.

Their traditional dance is part of the annual Chimney Rock Native American Cultural Gathering, now in it’s 15th year. Carlos feels the practice of traditional dance builds and maintains a strong connection with his past, an ancestry going back to the traditional cultures of Mexico and Central America. “ My parents and grandparents did not pass this down, these dances were forbidden to them, we are reclaiming our culture through ceremonies that were almost lost,” said Carlos. We spoke of the weather, as Carlos finished lacing up his regalia, “It will rain, you’ll see.”

The Aztec dance group consisted of men and women, two drummers and few young children dressed in full regalia. The ceremony began with an offering of incense and prayer to the four directions. The fervent dancing began almost immediately to the sound of fast paced, rhythmic drumming. Each dancer taking the lead in turn, as large drops of rain began to fall. Carlos beckoned the spectators to join them in the arena for the final dance as the heavens rained down. The heavy downpour did not dampen spirits as the dance continued in a fast circular fashion, perhaps drawing an unexpected energy from the sudden shift in weather, embracing the warm summer rains.

Chimney Rock Archaeological Area is located just west of Pagosa Springs and the Southern Ute recreation area known as Lake Capote. Following the rainstorm, a second dance arena had been designated along the ridge line, where the dark clouds made way for clear skies and sunshine. Performing traditional dances, there were a number of Hopi dance groups as well as singers and dancers from Acoma Pueblo. The arena was set in a traditional kiva, allowing these dances a more traditional setting. A Hopi Dance group held the first dance from Second Mesa, performing the “Buffalo Dance”. This group’s village of origin is Sipaulovi, meaning “Village of Mosquitoes.”

“The Acoma Pueblo dancers return to the cultural gathering annually” said Albert Alno of the Acoma Pueblo Traditional Dancers and Singers. Proud of his young dancers, Albert spoke favorably of the setting and environment that the Cultural gathering had to offer. Aside from a historical and picturesque dance arena, concessions were also provided. Various artisans also traveled to this event, setting up ceramics and jewelery under the shelter of tarps.

Tewa Dancers from the North also performed in the Kiva, with group leader Andrew Garcia drumming with relatives. Andrew hails from Ohkay Owingeh Pueblo and has been involved with positive mentoring since 1974. His program started as a means to keep youth off of drugs and alcohol, to teach them the values of traditional life ways throughout Native American culture. His dance group has since traveled the world and continues to bring a positive impact to the youth involved. His “Eagle Dancers” performed beautifully.

With the last rays of golden sunlight splashing the earthen floor, two dancers entered the Kiva. Moving to the drums, Philbert Polingyouma and his partner danced gracefully as the light began to fade into evening. This dance concluded the 15th annual Chimney rock Native American Cultural Gathering, a two-day event held in the mountains of Colorado, come rain or shine.

Visit the SOUTHERN UTE DRUM website to see the full article and photographs.

In the words of Micheal Parfit….

“Powwows today are far more than a salute to the past. They’re not shows. They’re not entertainment. Most Indians call them celebrations. Nurtured during the past century by Plains Indians, today’s powwow is part family reunion, part cultural revival, part dance contest – and all shimmering spectacle.”

Click HERE to visit the newly added galleries at Fedora Photo showcasing the events at the Gallup Inter-Tribal Ceremonial!

I sincerely hope you enjoy the images! Regards, Jeremy 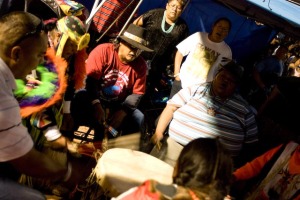 The day begins early in the Powwow arena, relatives honor each other with Gourd Dancing. Grand entry brings the ceremony to life with vibrant colors and movement, the sun sets and the sky darkens. The night air is cool from rain and full of sound; the drums can be heard from a long distance. I find myself slipping in and out of the darkness, waiting for the right moment; light and composition are factoring into my every thought. I am an outsider in this ceremony. I try to be unobtrusive, respectful, and trustworthy. I work a scene and then move on, searching the light for something that will tell this story and perhaps even evoke emotion. A single image becoming something of beauty and importance, that is what I am striving for as my mind races forward. I can feel the tiredness creeping into my body and mind, but the drums keep me going. I ask a man for his portrait, beautiful!…thank you I say and move on. The moon is still young, and the sky an inky black. Large stadium lights bath the edges of the arena, the Ceremony continues.

View the “night time” gallery at FedoraPhoto…click HERE to enter the main website.

Photographs, rendered in black and white, attain a sense of timelessness illustrated in this collection of portraits taken during the 44th Annual Hozhoni Days Pow Wow at Fort Lewis College. The Ceremony Embraces Spirituality, Tradition, and Friendship through Song and Dance. Photographs © Jeremy Wade Shockley 2008. 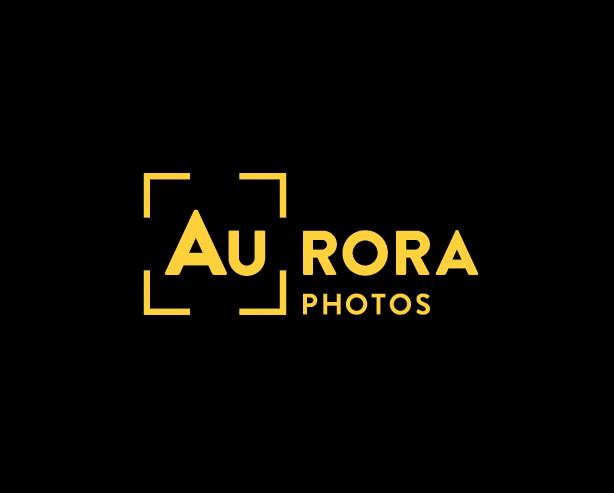 The 37th Frame - Celebrating the Best of Photojournalism

The Blog of Joe McNally